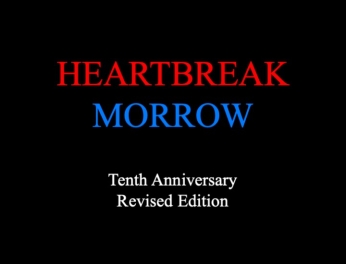 I mourn myself before my father’s grave.
My tongue, my blood, this air will tell my tale,
The proof of which is buried now beneath
Those desert sands, beside that river’s shore.
I write of wicked kings and those who dared
To take a stand against their tyranny,
Of truth and falsehood, thirst, betrayal, fear,
Carnage, death, despair, revolt, and God.
They called it Heartbreak Morrow, those who saw
The slaughter of the lambs and lived to tell!
I was the only man to leave that place
Alive, and what remains of life I’ll use
To tell you all about the things I saw:
The river and her trees amid the sand.
The tents and flags spread out across the land.
The tents ablaze, the thirsty children’s screams.
The carnage of the dead, the stuff of dreams!
The headless left unburied in the gore!
The armless body lying on the shore!
The baby with the arrow in its neck!
The wailing women bound before the wreck!
The innocent with none to hear their call!
The nation with its back turned to it all!
The thirst, the thirst! The heads upon the stakes!
The corpses dragged by horses! Hear me now!
Lend me your ears, and rid me of this sorrow.
Listen to the tale of Heartbreak Morrow.

I am Marsilius, son of Hesano,
The son of virtue, the son of truth.
I am the son of those who fight
For justice. I seek refuge from the Fiend
Of Hell. In Heaven’s name, I now begin,
Hoping not to cease until I die.